The Return of the Paladin 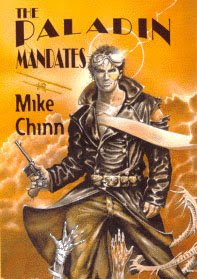 I can't believe it's been over ten years since my collection THE PALADIN MANDATES was published by The Alchemy Press: six Pulp-inspired tales set in mid-1930s America in which Damian Paladin and his adventuress sidekick Leigh Oswin take on vengeful spirits, banshees, ghosts and undead pharaohs. During the intervening years, I've not written any Paladin stories - other than continue to wrestle with a novella that includes Nazis, the Grail and Knights Templar, and kid myself I'm going to write a novel - but recently, the muse must have come back. I banged out one all about zombies and a mad scientist (as you do) and another concerning an ancient church in The Bowery which grants hints of the future.

A third was born when I read a review of the collection in Stephen Theaker's THEAKER'S QUARTERLY DIGEST in which he complained that - writing as a Biggles fan - he didn't think there was enough flying (one of the continuing themes of the Paladin stories is our hero tazzing about the skies in a vintage biplane on the thinnest of excuses). This prompted two thoughts: one - Stephen is very brave to admit his liking for Biggles (these days you can admit to almost anything, even necrophilia ... but Biggles...!); two - I was going to write that story, so help me! 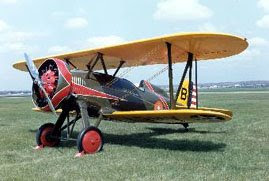 And so it came to be - Paladin and Leigh, flying through the Rhode Island skies in two 30s pretty biplanes (as seen here) taking on... Well, I won't spoil it - but the fact that the action takes place not so far from Providence might be a clue. Better yet, I submitted it to Stephen - in his 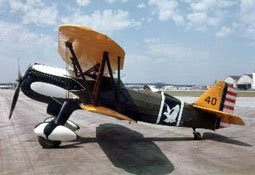 role as editor of the British Fantasy Society's journal, DARK HORIZONS - and he accepted it. More than a decade since his last appearance, Damian Paladin has returned - and he doesn't look a day older.