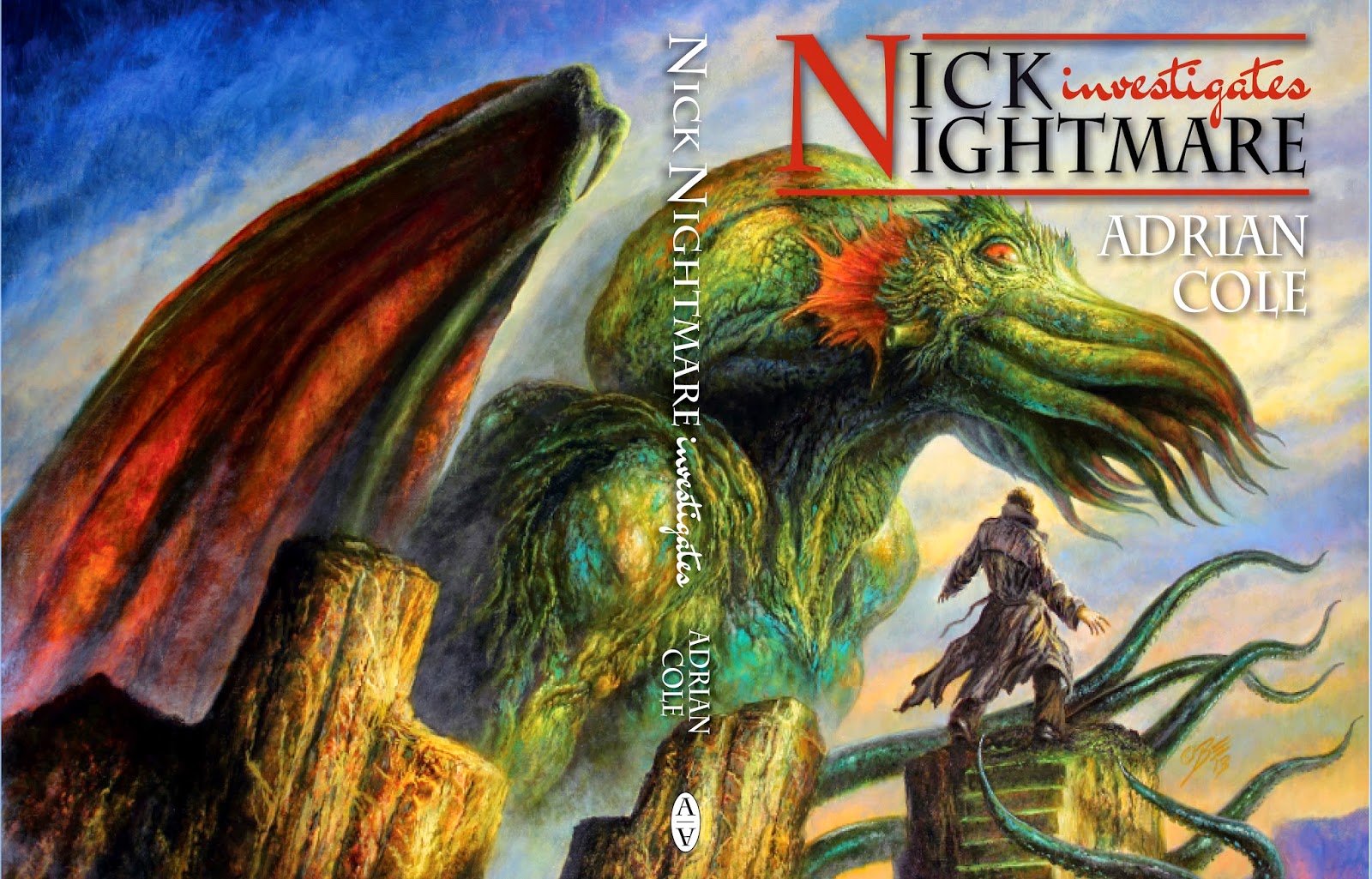 I've known Adrian Cole for ... let's say some time. In fact, he may be the first person I spoke to at FantasyCon numero uno in the dim and distant 1970s (although we had been corresponding for a while: he in his capacity as editor of the BFS magazine, Dark Horizons). The first two volumes of The Alchemy Press Book of Pulp Heroes included Nick Nightmare stories - a private eye﻿ based in a Lovecraftian New York - so when it was decided that The Alchemy Press would be publishing a collection of Nick Nightmare tales it was something of a no-brainer when I was asked if I'd like to edit said volume. I was even more delighted when it was suggested that Nick should meet up with my own investigator of the occult, Damian Paladin, in a crossover story written especially for the collection.
Now, I've heard all the tales of horror regarding collaboration; the cries of "Never again!" But I'm happy to say there were no tears, no clashes of ego and no fights over who got top billing. The two occult PIs might have knocked the odd spark off each other, but the writing went smoothly. That's my story and I'm sticking to it.
So here it is, launching at FantasyCon in September: Nick Nightmare Investigates. A two-fisted, limited edition hardback with cover art by Bob Eggleton and interiors from another old friend, Jim Pitts.
Well, I'm happy...
at August 03, 2014